In 1991, when the Maastricht Treaty was signed an entirely new economic project was created. The Economic and Monetary Union (EMU) was unique not only because its area, magnitude and extension were unprecedented, but also because the European countries transferred important elements of their political and economic sovereignty to transnational and intergovernmental institutions. In fact, the EMU signalled a new epoch in the history of human economic cooperation and organization. However, nearly twenty years later the unique project is not as stable as its founders dreamed. The Greek crisis that started in 2009 revealed its endogenous and exogenous flaws both in political and economic areas.

In 2009, nobody in Greece could link the Greek domestic political and economic problems with the European Union (EU). Yes, in Greece there are huge and severe political and economic deficiencies and flaws. One could enumerate hundreds political and economic problems like the high inflation rates, unemployment, public deficits, public debts, bureaucracy, corruption and populism, the lack of institutional and structural reforms and so on. All the aforementioned factors are highly related to the Greek model of political, institutional and economic development, which is not only acknowledged as obsolete and unsustainable but also as unstable. This model changed everytime the Greeks had elections even if the government had remained the same. This is a very important observation because it is related to the absence of optimism in the markets.

Even though Greece is an extreme paradigm of deficiencies in political, institutional and economic development, it is not the only country in the European Union with these characteristics. In fact, there are many countries in the world that face the same problems as Greece does. Why is the crisis in Greece so severe and why the European Union’s political leaders seem unable to solve the crisis? The answer lies in the foundations of the Economic and Monetary Union. The EMU is a unique example of transnational economic and political cooperation, but it is full of flaws and problems. From its early beginnings the political leaders accepted in many countries that in fact couldn’t be competitive within the Eurozone. There are two important economic laws that affect their sustainability negatively. The first law is the transformation of comparative advantage to absolute advantage within the Eurozone. This means that within the Euroland only the most competitive enterprises can survive. Thus, the states stand unable to help the industries and the entrepreneurs. The second law argues that it is impossible to have a symmetric and balanced economic growth within the whole area of the Eurozone. In this way, we can explain the occurrence of two major different areas of economic growth within the EU, namely the core countries and the peripheral countries. Under these conditions, many countries of the European periphery that have been unable to remain competitive in the Eurozone joined the EU only because of political priorities and decisions. These actions are highly responsible for the today’s outcome.

Moreover, the system of European economic governance is not a well-rounded system that can help all its diverse countries in remaining competitive. The European Central Bank (ECB), although it is a highly credible institution, does not function as the American Federal Reserve. Thus, because the European economic integration is uneven, when the ECB takes a monetary decision, e.g. changing the interest rates or the money supply, the outcome of this decision does not have the same effect on all European countries. In this regard, the ECB cannot help Greece or countries similar to Greece. Furthermore, the Stability and Growth Pact (SGP) has also many omissions and we can’t forget that France and Germany were the first two countries that failed to comply with its targets. Furthermore, the EMU suffers from asymmetric and adverse economic shocks, inflexible labour markets, rigid wages, centralization of economic activity to specific areas, incomplete trade integration, and uncoordinated monetary and fiscal policies. Together with its major institutional weaknesses and the fact that a European political union is not regarded as feasible and the European sense of solidarity is inexistent, the result is ruinous both for the European project and for its member states. Accordingly, the European Economic Governance is also responsible for the Greek crisis. In fact, Greece and many other largely peripheral countries remain trapped within the Eurozone. They cannot use either their monetary or fiscal policies to regain their competitive advantage. This is also an important lesson that the New Member States (NMS) must learn. Living within the Eurozone is not as simple as it looks.

On the other hand, we need to investigate the crisis from a global perspective. In this regard, we can identify many important causes that negatively affect the European economies. First, the neoliberal paradigm, the so-called Washington Consensus, is not anymore viable and sustainable. Second, the United States have lost their hegemonic power mainly because of their economic problems, which are closely related to the rise of China and other developing countries. Consequently, one could argue that a new world order is emerging as the “unipolar” world is transformed to a “multipolar world”. Thus, the United States needs to come as close as they can to the European Union in order to overcome new global challenges. Under the aforementioned conditions it is clear that the Greek crisis is only a sign of something more important. Perhaps we face the first sign of the First Global Economic War and a great transformation will soon happen to the regional global political and economic affairs. The main question then remains ‘Is the Greek crisis a domestic, European , or global phenomenon?’. The answer is yours.

Georgios Maris is a PhD candidate at the Department of Political Science and International Relations of University of Peloponnese and currently writes his thesis entitled ‘The Political Economy of Global Governance: The Case of the EMU’. He holds a BSc in Public Administration (Panteion University in Athens), MSc in Political, Economic and International Relations in the Mediterranean (University of the Aegean), MA in European Studies (Kings College London, UK).

Germany and the crisis of the periphery 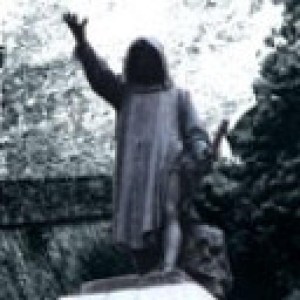 Germany and the crisis of the periphery

Ágnes Szunomár: The roots of Chinese-Central European relations – The case of Hungary