The massacre in Paris on 7 January that was committed by the Kouachi brothers and another individual, took the innocent lives of several employees of the well known French satirical magazine, Charlie Hebdo. The act is both inconceivable and disgusting, as were those previously carried out in Madrid and London. Radical Islamism had once more reached the soils of Europe, our home. However, despite many baseless arguments, the real problem is not with a religion, rather it is with blind-sighted political correctness and the prevailing zeitgeist that poisons our continent and the Western world.

At 11:30 CET yesterday, two hooded and fully armed brothers, Said and Chérif Kouachi, entered the grey building that serves as the head office of Charlie Hebdo, a much talked about satirical magazine that was sued several times by the Catholic Church and was bombed by radical Islamists a few years ago due to its controversial and sometimes insulting caricatures. The Kouachi’s walked into 10 rue Nicolas Appert and soon afterwards brutally murdered almost everyone whom they encountered. 15 minutes passed and many legendary French caricaturists were killed, like Charb, Cabu, Tignous and Wolinski, as well as two policemen, Franck Brinsolaro and Ahmed Merabat. The heart-breaking story of that day finally ended with 12 people dead and 11 injured. A tragedy. Not just for France, but for all of us here in Europe.

But the real horror, for me at least – apart from this inconceivable and disgusting act – were the overly simplified answers of numerous politicians, media outlets and the general public, both here in Hungary and Europe. In the past 36 hours we saw opinion pieces that put the blame entirely on Charlie Hebdo itself („they asked for by publishing those caricatures”), and heard politicians (such as Barack Obama and François Hollande) condemning these violent crimes without even once mentioning the words Muslim and/or Islam. Of course, there were some arguments that stood closer to reality, but many of these were written in such a vengeful tone that there overall meaning misses the point. In those articles the authors suggest that the Charlie Hebdo massacre was caused by, on the one hand, Islam, a militant religion, and on the other hand, by the post ’68 left-leaning ideology stipulating that all political issues, especially the sensitive ones, must be wrapped up in a PC-proof form. I believe that this approach is only half right because Charlie Hebdo has nothing to do with Islam as a religion. It has got to do solely with three disturbed, mislead and radicalised Muslim individuals. As always, there are no easy political answers to this tragedy. However, there are some important points that all European politicians and intellectuals should bear in mind in the upcoming weeks and months:

1) Abolishment of unrestricted immigration: Each and every EU member state should introduce an Australian style strict point-based system in order to let in only those foreigners, who would like to work and/or study, this way providing a better life for themselves and their respective families, and who would also respect local law, order and cultural heritage. In other words, migrants who want to live besides their welcoming society in peace. This is what many minorities do not understand and respect while living in Western Europe.

2) Dump PC attitudes: If a terror suspect is a Muslim, as in this case, say it. We must label those individuals and extremist entities that lay behind horrific acts like these. But at the same time, we must always draw a line between the radical few and the peaceful majority of any social group. We must also strongly condemn arguments that simplify and generalise complex social issues. It is not possible to implicate a whole religion – be it overtly or covertly – for such a disgusting murder.

3) Zero tolerance to radicals: One of the attackers, Chérif Kouachi, was known to authorities for a long time. He was even jailed. It is a fact that he spent some time (and it was not for sightseeing) in Syria, recruited young people to fight along extremists in Iraq, and was a proud advocate and student of radical Islamism. In the future, the activities of individuals such as Mr Kouachi, must be closely monitored by local authorities. It would be even worth making the newly adopted British terrorism legislation EU-wide: temporary suspension of citizenship, perpetual surveillance, prohibitions on travelling, etc.

4) More nuanced approach towards the roots of radicalisation: Staying with this very sad example, the radicalisation of young Muslims (in- and outside of the EU) are not only the fault of lunatic imams, who preach a deliberately misinterpreted version of the Koran, but also of the politics of Western Europe in the past hundred years. Needless to say that this – by no means – justifies the acts of yesterday. However, this should not lure us away from the problem. The invasion of Iraq and Abu Ghraib, the long and unconditional support of, for example, Gaddafi, bin-Laden and Pahlavi, and also Western interventions to the social environment of some Middle Eastern peoples and religious groups started and/or fuelled underlying disagreements.

Besides this, another factor in the radicalisation process is the left-leaning post ’68 zeitgeist that gives support to the idea that anybody can do whatever they want. This attitude has provided fertile ground to radical Islamism on the European continent – as strict application of shared norms and rules was not possible in this kind of environment. And as a result, it facilitated the shift of many European voters and the whole public debate (satiated with the PC rhetoric) towards far-right parties.

To sum up my argument, the acts similar to those of 7 January 2015 might not be sad exceptions but the norm in the future if the Western world does not get its act together. This will necessitate to things. First, stricter immigration rules must be put in place and a decisive action has to be launched to tackle the challenges raised by the radicals. Second, it needs to have the will to move beyond the ’68 zeitgeist and not to generalise and simplify important social issues, which have led to putting the blame for the tragedy on the employees of Charlie Hebdo rather than on radical Islamists.

We should not wait for this to happen. 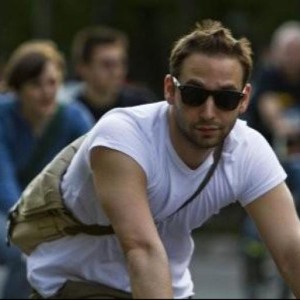 Why To Watch Anime or Is Kindness Good Enough?