The influential art critic, artist and novelist John Berger passed away last week on January 2nd. He was one of the pioneering voices of innovative art programmes on the British TV, offering a then (and still) unique view of art as a discovery open to everyone, notwithstanding their education, age or profession. Berger believed in the power of art experience if approached with open mind and rid of the institutional ballast and elitist character. As he pronounced in one the episodes of Ways of Seeing: “A lot is possible for an art experience today but only if it is stripped of the false mystery and the false religiosity that surrounds it.”

Berger was an eye opening character for many future art enthusiasts: bringing art to the people through their TV screens and what is more, making it relatable and of importance to the viewer. Aside from many of his other successes, namely receiving the Booker Prize for his novel ‘ G.’ in 1972, he is well known for being responsible for the Ways of Seeing, a famous 4-part BBC series whose scripts were later adapted in a book of the same title. This mini-series was first aired in 1972 and has received both public and professional acclaim. Berger himself became the face of the series, whose excellent narrating performance and seductive diction tempt the viewer to explore and get immersed in the world of art and its history.

What made Berger’s Ways of Seeing so special at the time – and what still makes it special – was its occurrence at a period when no one cared for the general public’s access to the ways in which art can be seen and explained. The Ways of Seeing do not force any specific view with which art needs to be approached upon the viewer – on the other hand, Berger encourages the audience to think critically, even sceptically about what he shows and narrates.

In the four half an hour episodes, we travel through galleries, images and art concepts learning about the history of reproduction in art, the radical changes that machines – the camera objective – brought to art representation, the dynamics of the art market or the understanding of the female body in the history of art and much more. One of the ideas that make the series still relevant today is that of modern and contemporary image being a transmittable image. In other words the image having become a piece of information to be instantly shared, reproduced and indeed thus used for different means than its original purpose. In the age of media propaganda and uncritical acceptance of information, where the visual carries a powerful message as a simple, direct means of influence, we know this situation all too well.

If you have not yet read or seen the Ways of Seeing, please do so. It is one hell of a watch that will lure you into the art world so much you will desire to know more. 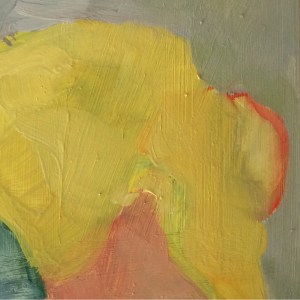